Charles IV and the University in Prague

Charles IV and the University in Prague


The establishment of an institution of higher learning belongs undoubtedly to the most significant achievements of Charles IV. The Bohemian and Roman King had no doubts that a new university is necessary not only for the rise of the prestige of the Kingdom of Bohemia, but also for the development of education in the transalpine part of the Holy Roman Empire. He did not choose Prague randomly – it was his residential town, which, in a short period of time, should have turned into a centre of imperial politics. The Statue of Charles IV in the Great Hall of Carolinum


The first attempts to create an institution of higher learning were undertaken already by Charles’s grandfather, Wenceslas II, but the plan failed due to many difficulties. Charles had revived the idea before ascending to the Bohemian throne and, in 1346, turned to Pope Clement VI, his former tutor and close friend, with the request to establish the University in Prague. Even the Archbishop of Prague, Ernest of Pardubice, supported this request during negotiations at the papal seat in Avignon. The Pope agreed and on 26 January 1347 issued the necessary foundation deed. The Bohemian king subsequently submitted the university project to the Bohemian provincial assembly and, after its approval, on 7 April 1348 issued his own founding deed that was confirmed by the Golden Bull of the Roman and Bohemian king. The first institution of higher learning (i.e. studium generale) north of the Alps and east of Paris was thus established.


The university, which was built under the protection of the patron, St. Wenceslas, was of a great significance for the Bohemian ruler. Charles IV established the university with a clear intention to promote education in the Czech lands and turn it into an international institution of the importance for the whole empire. During the years spent in France and Italy he had the opportunity to get to know universities in Roman countries, providing a clear image to the newly established learning institution that corresponded to the models of prestigious universities in Paris and Bologna. Members of its academic community should have been composed not only of domestic but also many foreign teachers and students, mainly from Central European regions. The University was, therefore, divided into the so-called nations, representing areas, from which the greatest number of students came. In Prague, it was the Bohemian, Bavarian, Saxon, and Polish nation. These nations also participated at the management and leadership of the university later on. 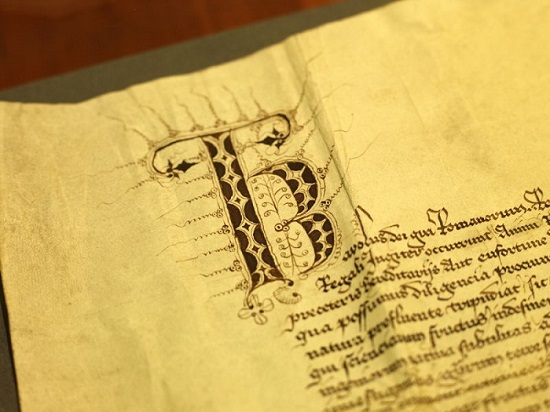 
The division to individual faculties also followed the model of an institution of higher learning in Paris. In Prague, from the very onset, the system of ideal number of four faculties was in place. The Faculty of Liberal Arts, also known as the Faculty of Arts, predecessor of the present Faculty of Philosophy, formed the basis of this system. Its task was to provide students with a broad general education needed for the study at higher specialized colleges. Students could then decide to study at one of the other three faculties – law, medicine, or theology, which was the most significant of them. For this reason, most students and teachers attended the Faculty of Arts – during its prime time thirty university masters lectured there. Other faculties were much more modest in terms of headcount.


The establishment of a university represented only the first step of the intended plan. If Prague was to fulfil the hopes of the monarch, it had to obtain adequate legal and material support. Therefore, as early as 14 January 1349, the university received important privileges, including the right to issue its own statute and tax exemptions (i.e., Eisenach imperial diploma). Its first chancellor, Archbishop of Prague – Ernest of Pardubice, oversaw the development of the university. He took care of the publication of the first university status (approved 10 April 1360). As early as in 1352, the archbishop imposed an extra tax upon clergy and from its revenue he purchased the first estates for the university, from which pensions should have been paid for university professors. Even in the subsequent years, the archbishop sought to support the university teachers. For example, he provided, at his own expense, prebend at St. Vitus Cathedral for a master of theology. Without the support of the monarch all these references to create a rich and confident university would have not sufficed. 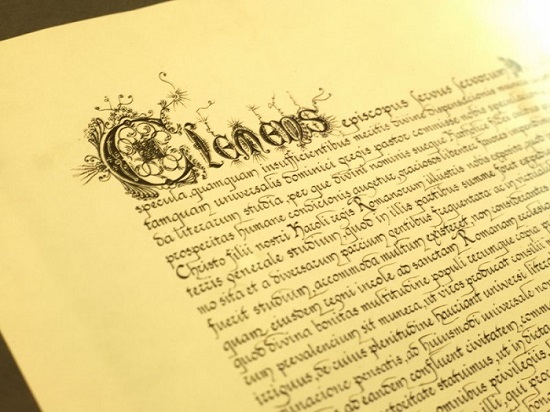 
The university, initially, had no permanent seat, thus, lectures were held at various churches and monasteries of Prague – e.g. in St. Vitus Cathedral, St. Thomas church in Malá Strana, or Minorite Monastery of St. James. The students, who suddenly lived directly in the private homes of university masters and paid rent, were not better off either. The situation only improved in the late 1350s, when the Faculty of Arts obtained the first house at the monastery of St. Francis and St. Agnes. The rivalry between Charles IV and its southern Habsburg neighbour helped to solve this unfavourable situation. In 1365, Austrian Duke Rudolf founded university in Vienna, which could become a serious competitor to the Prague's institution of higher learning. Charles did not intend to wait for the rise of the Vienna University and urgently supported the development of the University in Prague. The very next year, on 30 July 1366, he founded a college, which following a model of Sorbonne in Paris provided facilities for both the masters and the students of the university. The college was also named after the founder – Collegium Carolinum – and should have provided accommodation for twelve masters of the liberal arts. On the same day, Charles IV also decided to establish the second college of All Saints, for which he reserved the house in Malá Strana, opposite the St. Nicholas church. The king, at the same time, established that the Collegiate Chapter of All Saints at the Prague Castle should, in the future, be occupied only by university professors to provide them with an adequate income. The founder did not forget about the medical students either, for whom he founded the college in today’s Kaprova street. 
The university obtained a dignified seat and adequate facilities during the reign of Charles&apos;s son, Wenceslas IV. In the early 1380s, the Charles College moved to the Old Town, where Wenceslas bought several houses of Rotlev family for it. In 1383, Wenceslas acquired a complex of buildings that a royal mint master, Jan Rotlev, managed to partly connect in one palace and, after further adjustments, provided these premises the university three years later. The so-called Carolinum served as a centre of university life and remained the seat of the chancellor to the present day. The palace also served as a residence for other university masters and several representative spaces for the university assemblies. A large hall for ceremonial gatherings of the university community as well as two smaller spaces, which were initially used by the Faculty of Arts and Saxon nation, were of the greatest importance. In subsequent years, Carolinum underwent further adjustments and was rebuilt to the form it has today.