The imperial monogram of Charles IV

The imperial monogram of Charles IV


Since the early Middle Ages, the documents of Roman Emperors displayed a monogram – a distinct graphic sign, made of several parallel and intersecting lines connecting the letters from the name of the sovereign, and, later, the basic letters of his title (usually the first letters from the sentence „Romanorum imperator semper augustus“). In the early Middle Ages, the sovereigns probably drew some of the lines manually as this sign was used instead of the emperor’s signature. The monogram was originally part of the line separated from the text of the document; in the high Middle Ages, it became the part of the document, referred to by the bold or emphasized writing. In both cases, a rectangular space was reserved for the monogram in advance. 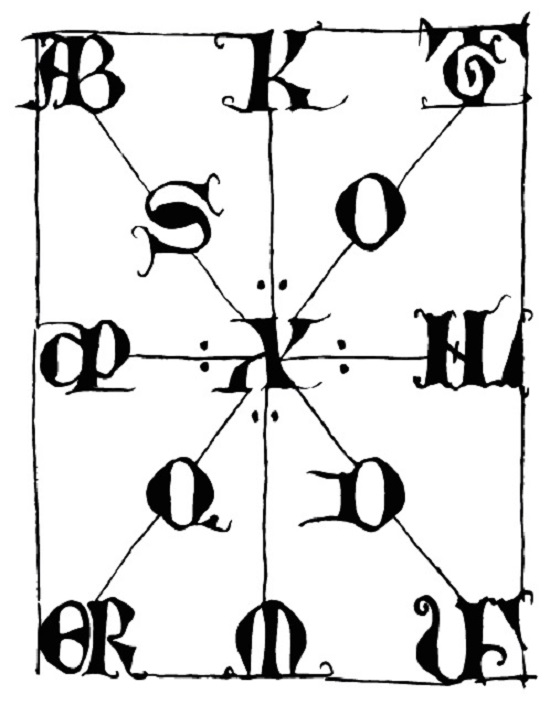 After the imperial coronation on April 5, 1355, Charles IV started using this sign as his predecessors had done before him. The design of the monogram was the same until his death in 1378 – it consisted of 19 letters of his name and title: “KAROLUS QuarTusDIuiNa FauEnte CleMencia romanorum imPerator semper auGustus et Boemie reX”. The average dimensions of the rectangle reserved for the monogram were 5 x 6cm.


A letter X was placed in the middle of the monogram, as a symbol of Christ’s name. In the imaginary inner square, on the intersecting lines, there were letters S O Q D, while the upper line displayed the letters AB – K – TRAINING. Then there were letters CP a NL on the side lines, and ER - M – UF on the bottom line. In the documents, the monogram was referred to by the text “Signum serenissimi principis et domini domini Karoli quarti, Romanorum imperatoris inclitissimi et gloriosissimi Boemie Regis”. The calligraphy of this sentence (just like the beginning of the document) was more decorative than the rest of the text.