Chronicles in the times of Charles IV

Chronicles in the times of Charles IV


Narratives are among the most important sources in medieval studies. They also often are our only source of information that enables us to reconstruct the world of medieval people, and events that affected their everyday lives. A chronicle is a specific kind of source. While documents, letters or archeological findings, providing more or less real picture of an event (unless they are a fake), chronicles can be a bit biased and inaccurate, or downright fabricated, for various reasons. Even then, it can be a source of a lot of interesting and important information. 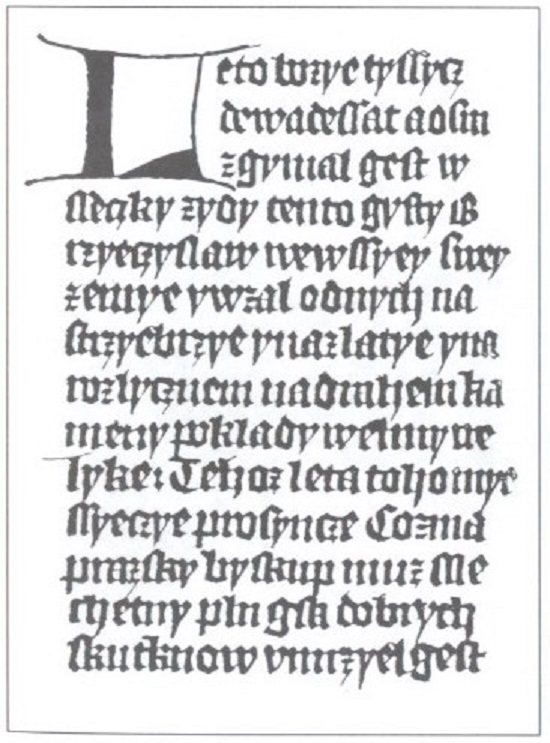 
Chronicles were made in many different ways. Usually their authors were monks spending their days in monastery scriptoriums, or people from the royal court; however, the authors were almost exclusively church representatives. In some medieval kingdoms, numerous narrative sources were created, providing a kind of official version of the local history. For example, this is the case of the “Grandes Chroniques de France”, or Great Chronicles of France, written since the mid 13th century in St. Denis’s Monastery near Paris. Charles IV, too, expressed his wish to create official historiographical works to present the history of the Kingdom of Bohemia and Luxembourgian dynasty in a suitable way. It was no easy task, and, as it turned out later, not really feasible.


There had been a long and rich chronicle making tradition in the Kingdom of Bohemia, dating deep back to Přemyslid era. In addition to the famous Chronicle of the Czechs by Cosmas from the early 12th century and its sequels, the best narrative sources created in Bohemia included the Zbraslav Chronicles, with worthy information on the early years of Luxembourgian reign in the Czech lands. The chronicle, written in the Zbraslav Monastery founded by Wenceslas II as the Přemyslid necropolis, owns is quality primarily to the second author, Peter of Zittau, who finished his narrative in 1338. He’s nevertheless rather critical about the reign of King John of Luxembourg, so the chronicle didn’t really suit the intentions of Charles IV to put the Luxembourgian age in the Czech lands in a good light. 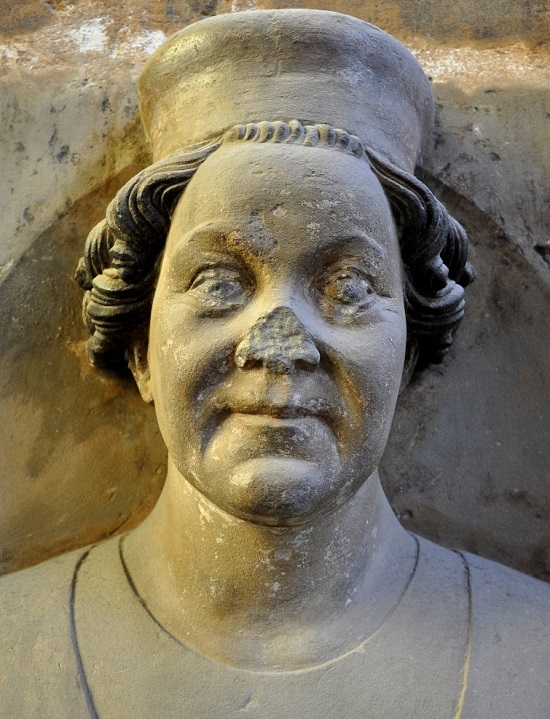 Bust of chronicler Benes Krabice of Veitmile on the triforium of St. Vitus Cathedral


The first chronicler who tried to fulfill the young Luxembourg’s wish was the confessor of the penultimate Prague Bishop John IV of Dražice, Francis of Prague. He started writing his chronicle before Charles’s coronation, and his first edition was dedicated on John IV. In 1350s, he finished the second edition, this time dedicated directly to Charles IV. Since Francis had used the Zbraslav Chronicles as a frequent source, his work was unlikely to fully meet Charles’s expectations. The next chronicler was the Italian traveler and Charles’s chaplain, Franciscan John Marignola. He was commissioned to put the Czech history into a broader global chronicle. However, this text also failed to satisfy the Emperor’s expectations in terms of quality.


Yet another chronicle was started in the beginning of 1360s; again, it should put the Czech environment into the broader historical context. The Brief Compendium of the Roman and Czech Chronicle by Abbot Neplach describes the Roman history from the birth of Christ; the Czech history begins in 894. With considerable gaps, the chronicle then describes the Czech history right to the detailed account of the events in 1365. Neplach made frequent errors in dates; the whole chronicles rather resemble chronological records, and don’t give many details on the described events except the final chapters. 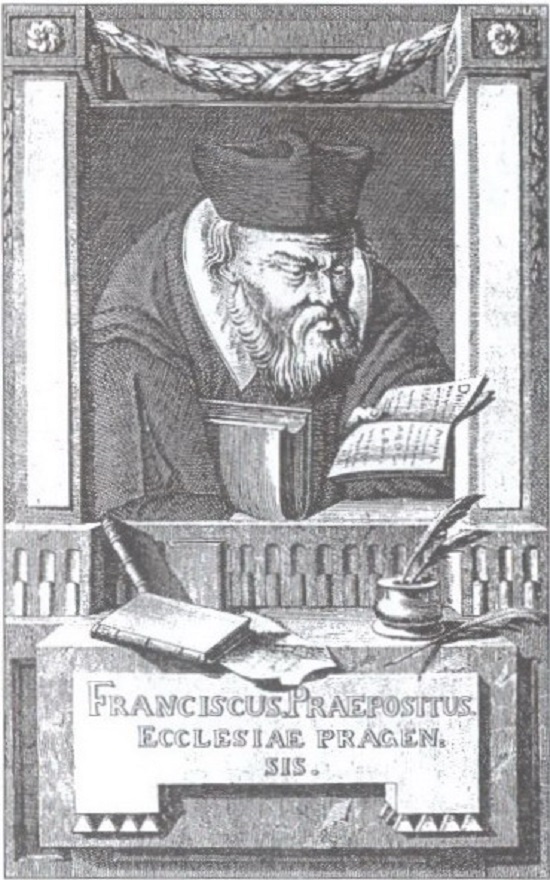 
Of the chronicles written upon Charles’s commission, the most advanced was the Chronicle of the Prague Church by Beneš Krabice of Weitmile, a canon and director of construction of the St. Vitus’s Cathedral at the Prague Castle. His work consists of four books, yet three of them are mere compilations of Beneš’s predecessors, and adapted narrative of Francis of Prague. The fourth book is, however, authentic, describing events until 1374. Also included are the biographies of Charles IV and the first Prague archbishop Ernest of Pardubice, written by Wilhelm of Lestkov. Despite the sheer volume and the importance of the last book, covering the events the author could have witnessed, this chronicle isn’t exactly perfect in literary terms either, and isn’t up to par with the Zbraslav Chronicles.


The most popular narrative source of Charles’s era was the chronicle written by the manager of St. Giles’s school, Master of Arts Přibík Pulkava of Radenín. The emperor took the initiative here, and actively intervened in the overall concept and contents of the chronicle. There were several editions, the most topical one covering the events until 1330 – the year Charles’s mother Elisabeth of Bohemia died. Charles especially enjoyed the emphasized continuity with Great Moravia, and also the incorporation of the legend of St. Wenceslas. Of course, even Přibík wasn’t immune to mistakes, whether in dates or in terms (for example, he mistook Tartars for Cumans). However, this chronicle suited Charles’s idea the best, so it was translated to Czech and German in no time. Those days, Přibík’s chronicle was the most popular text of its kind.


And then there’s a specific work that might be, to some extent, considered historical, even though it’s not a chronicle: the autobiography of Charles IV, Vita Caroli. The emperor wrote it as a message to his descendants, and as a parallel narrative to the aforementioned chronicles. Basically it consists of two parts. The first fourteen chapters, written in first person, cover the period until 1340. The remaining six chapters are written in third person and the emperor is not the author (he didn’t dictate the contents personally). These chapters, a bit inferior to the previous text in quality, cover the later years until 1346. It’s not clear who the author of this second part was, and the date of origin is also uncertain, varying significantly between 1346 and 1373.


The text above plainly shows that the production of historiographic works during the reign of Charles IV was quite large, and basically followed a clear goal initiated by the king; however, despite considerable effort, this goal wasn’t fully achieved. Yet these works are still worthy documents of their times, and, to some extent, of Charles’s political concept and of the way he struggled to present the Luxembourgian dynasty.