Unlike his father, Wenceslas IV didn’t surround himself by people with outstanding knowledge or talent to help him out with monarchial duties. There were hardly any people with the imperial background on his court, who would know the German or European ways; even among the Czech advisors, he preferred those less experienced, often minor aristocrats, which upset and alienated powerful noble houses. The more conflicts Wenceslas experienced, the more he distrusted his immediate surroundings. In addition, he survived the poison attack in 1393, after which his mistrustfulness and unpredictable whimsicality even increased, and so did his inclination to alcohol.


And let’s not forget another important reason of Wenceslas’s failure as a ruler – at the time, the Luxembourgian house didn’t have an air of a harmonious dynasty; they rather resembled a nest of vipers. There were constant quarrels between Wenceslas, his younger brothers Sigismund and John (born from the marriage of Charles IV and Elisabeth of Pomerania) and three older Moravian cousins Jobst, John Sobieslaw and Prokop. Especially the enormously ambitious Jobst, who received, apart from Moravia, also Luxembourg from Wenceslas and Brandenburg from Sigismund as pledges, did his best to weaken Wenceslas, 10 years his junior, and to get the ultimate power as the senior of the whole dynasty. It was Jobst who sided with the Bohemian aristocracy, and together they arrested Wenceslas for the first time in 1394. 
The arrest took place in Králův Dvůr near Beroun; the king was then imprisoned in southern Bohemia and in Austria. He was saved by the disputes between the conspirators and also the counteraction by his brother, John of Gorlitz. The king was released after promising concessions, yet his position shattered significantly. A monarch who can be captured by his subjects, who then can enforce any demand they might think of – that’s not how respect and authority are earned. Wenceslas’s first imprisonment therefore significantly weakened his position in the Empire, already weak enough – imperial princes were quick to negotiate the release of their king, but soon they started thinking how to get rid of him for good. And when Wenceslas accused his brother John of an attempt at using the confusion for his own benefit (the appropriation of Kutná Hora, the occupation of Prague, replacement of officials and embezzlement), he lost the potential support of the family as well.


At this time, Wenceslas’s authority started crumbling. He got involved in a bitter conflict with the Prague Archbishop John of Jenstein (the victim of which was John Nepomucene); in Moravia, he had a falling out with Jobst and Prokop on top of his conflict with John of Gorlitz; in Bohemia, the king’s position fully depended on Sigismund and Jobst who both cared primarily for their own interests. In 1397, four Royal Council members and Wenceslas’s devoted allies were murdered at the Karlštejn Castle. The king refrained from any punishment for this crime, and settled for the foolish explanation that the victims were traitors. In the Empire, the princes started calling for assemblies without the king’s consent, and Wenceslas did nothing but watch. He even failed to respond to the steps that openly aimed at his dethronement (it’s true that at one point the events drove him to set off to Rome, but once back, he become numb again). That’s where the image of the king who only indulges in wine, adultery and hunt comes from – the king who lets his lands decline and fall. 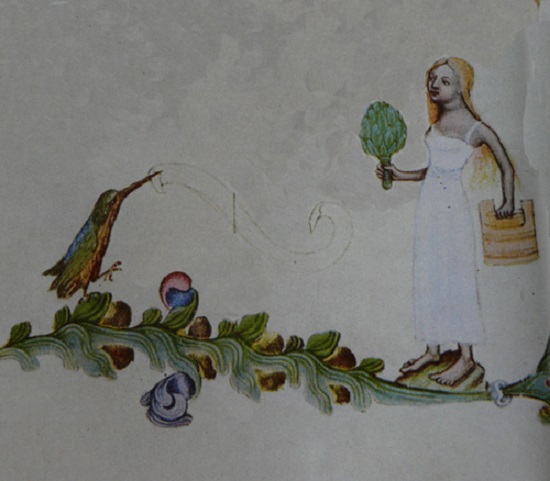 
In 1400, the majority of imperial electors removed Wenceslas from the throne of the Holy Roman Empire. The king was furious, but that was all he could do about it. Then he got fixated to Sigismund who promised to support Wenceslas, but eventually had him imprisoned and took over Bohemia himself. In 1403, Wenceslas returned to the Bohemian throne but never to his former power. He became bitter and distrustful monarch, scared of his relatives, Bohemian lords and imperial princes alike. He was afraid of them, hated them, and craved vengeance, but he never plucked up courage for any.


That’s how Wenceslas was in the second half of his reign – in the times when John Huss was preaching in the Bethlehem Chapel, in the times of Decree of Kutná Hora, indulgence riots, or the Council of Constance. At that time, we may hardly see him as the heir of Charles IV. Yet it’s also hard to condemn him right away. It’s necessary to differentiate when it comes to the periods of his reign. The unsuccessful yet well-meant attempts at continuing his father’s policy were replaced by the lack of activity, and then, around 1400, by the desperate struggle to keep the throne and the royal title, though meaningless. We probably cannot call him an outstanding monarch, but his reign (which lasted the unprecedented 41 years) left a deep trace in the Czech history all the same.


Despite all Wenceslas’s shortcomings, his era doesn’t belong to the worst times of the Czech history – all in all, a clash of views at the Prague University, represented by John Huss and many other masters, certainly indicates an extraordinary cultural environment. This period came to an unhappy and bloody end during the Hussite wars – and Wenceslas had been already dead when they broke out. He died on August 16, 1419, at the New Castle near Kunratice, shortly after the first Prague defenestration. His relics were buried in the Zbraslav monastery. When the Hussites conquered it, Wenceslas’s body was dug out of the grave and subjected to disparagement, which included pouring beer into the dead body’s mouth. So disgraceful was the end of the son of the “Father of the Nation”, who failed to stand up to the high hopes associated with him. This is, all in all, the fate of many famous fathers’ sons.