John of Gorlitz was the youngest son of Charles IV. He was born on June 22, 1370, his mother was last Charles’s wife Elisabeth of Pomerania. He was therefore brother of Sigismund and stepbrother of the King of Bohemia, Wenceslas IV. While Charles made Sigismund the monarch of Brandenburg in his two testaments (1376 and 1377) and also negotiated a convenient wedding that enabled Sigismund to take over one of the Central European royal crowns (Hungarian or Polish), John’s ambitions were lower from the start. His father reserved for him the eastern part of the Brandenburg margraviate, the New Mark east from the Odra River; yet the elector’s title, associated with the whole of the Brandenburg margraviate, went to Sigismund. John also received the eastern part of Lower Lausitz, and the new duchy in Upper Lausitz, named the Duchy of Gorlitz for his town of residence. The latter duchy was associated with John the most; the contemporary sources agree that he considered himself the Duke of Gorlitz in the first place. The newly instated duchy partially followed up on the administrative division of Upper Lausitz in the 13th century, when the territory belonged to the Askan house of Brandenburg, but the connection was pretty loose. Thus Gorlitz became the residential town for the young duke with the royal blood, and it was the first and last time it was a residence of a monarch. Gorlitz - seat of John - on picture from the 16th century


The duke began to rule independently in 1383/1384 when he turned 14, which was at that time considered the coming of age. In the end of 1370 and in the beginning of 1380 he lived primarily in Gorlitz, but in the later years he spent more and more time in Bohemia, at the court of his brother Wenceslas IV. Most often he stayed in Prague, but also in other destinations such as Žebrák, Karlštejn or České Budějovice (Budweis). He, however, didn’t neglect his own countries either; in addition to Gorlitz, he often visited Lower Lausitz and even the New Mark. In 1382 he let his brother Sigismund rule the territory as Sigismund tried to get the Polish crown, but in 1388, Sigismund gave the New Mark back to John. 1388 is therefore the beginning of John’s reign here. He also visited other parts of Europe, including Luxembourg, and often stayed at Sigismund’s in Hungary.


In 1388, John married Richardis Catherine, daughter of Albert III, Duke of Mecklenburg and King of Sweden. This is a clear legacy of Charles’s politics, who focused on the northern part of the empire in his final years, and this was where he tried to find a wife for his youngest son (even though the first choice was Euphemia of Mecklenburg).


The central point of John’s reign was Gorlitz – this is where he established his court, whose members of course accompanied him on his travels. Some of them were Bohemian aristocrats (Anselm of Ronov, Beneš of Dubá), others were noblemen from Upper Lausitz, or even clergymen. In Gorlitz, John regularly organized festivals with tournaments, very popular among the important members of other dynasties (especially Silesian counts). 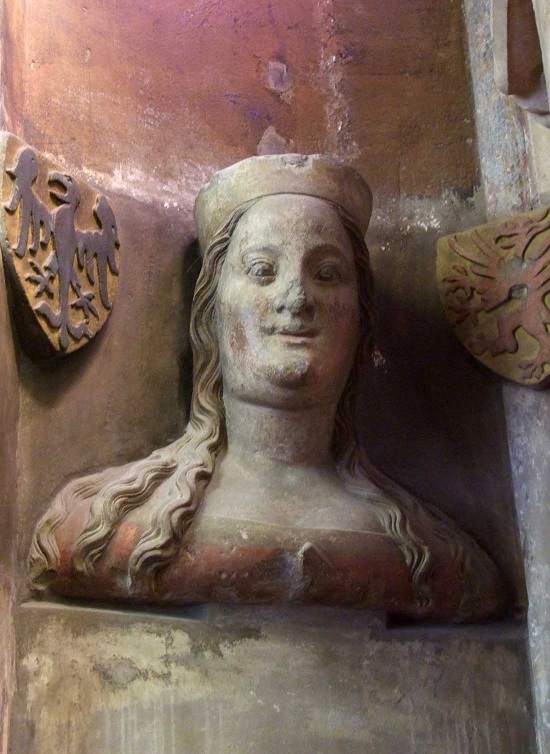 
John’s most notable intervention to the Bohemian history came in spring/summer 1394 when he supported his brother Wenceslas, then arrested by the aristocrats. Wenceslas ordered to write fierce proclamations addressed to various lands of the crown, calling for defense of the lawful king. He put considerable expenses into building an army that should liberate the King of Bohemia, at that time imprisoned in Upper Austria. The campaign was successful in the end, but rather costly for John, due to the need to pay the troops. Wenceslas then appointed John the judge of the imperial court, so his activities had also impact on the Empire. In 1395, the relationships between the two brothers became probably worse.


In the end of his rather short life, John of Gorlitz befriended Wenceslas’s opponent – Prague Archbishop John of Jenstein. His relationships with his residential town of Gorlitz also became difficult; in his last years, he seldom went there. However, his bad reputation, reflected in local historiography of early modern age, probably developed later.


The duke of Gorlitz died unexpectedly on March 1, 1396, in Neuzelle Monastery in Lower Lausitz. The causes of his death are still unknown. The sudden death probably caused speculations and rumors about him being poisoned, which was typical for similar cases in the Middle Ages. Whatever was the cause, the life of the young duke ended abruptly at only 26 years of age. Both his brothers outlasted him by dozens of years. And due to his short life, John is a bit forgotten and neglected son of Charles IV. However, his activities went far beyond the territory allocated for him by his father, and he left an indelible trace in his residential town Gorlitz as well.