In the imperial environment, the Luxembourgian house was a good example of a family that made it to the top positions in the society within a single generation. The ascent of the Luxembourg house to power at the end of the 13th and beginning of the 14th century heralded the golden age of the reign of Charles IV. The improvement of the family prestige was the result of the strategic alliance with the French, good cooperation of the sons of the Luxembourgian Earl Henry VI, but primarily the skillful politics of Henry’s son Baldwin of Luxembourg, then one of the most powerful men in the whole Empire.


In the start, things didn’t look very good for the Luxembourg house. The final years of Henry VI’s reign were marred by the dispute over the vacant Limburg Dukedom. After the disastrous defeat in the final battle of Worringen in 1288, the house suffered from serious crisis. In this single battle, not only the very best Luxembourgian knights were killed but also Henry VI himself, together with his younger brothers Walram and Baldwin, and stepbrother Henry of Hauffaliz. The electors electing Emperor Henry VII. From left to right are the archbishop of Mainz, Peter, Baldwin of Luxembourg and the count palatine of the Rhine, Rudolph (Balduineum)


Earl Henry left three sons: Henry VII, Walram, and Baldwin, all bearing traditional house names. The date of Baldwin’s birth is still uncertain; most probably he was born in the middle of the 1280s. Unlike his older brothers Henry and Walram, Baldwin was heading for the career in church from the early age, and prepared himself thoroughly. He gained very good education at the University of Paris, having studied canonic law and theology since 1298.


Baldwin spent quite a lot of time at the French royal court, which helped him to the position of the Archbishop of Trier pretty soon – he was only 22 at the time. His young age and lack of experiences could make his position rather difficult; since the times of John I (1190–1212), the first Archbishop of Trier with the rights of the imperial elector, all his successors had assumed their positions either at the elderly age (often older than 50), or, at least, with some experience in ecclesiastical management. However, the Trier chapter elected Baldwin on December 7, 1307, and in March of the following year he obtained the archbishop’s ordination from Pope Clemens V in Poitiers, in the presence of his older brothers.


The position at one of the most important archiepiscopates in the whole empire was crucial for the Luxembourg house, especially as it was so close to Luxembourg. On the other hand, it should be noted that the financial situation of the Trier diocese wasn’t exactly good at the time of Baldwin’s election. His predecessor Diether z Nassau pawned most of the archiepiscopate property due to lack of money, and the administration of the diocese wasn’t working properly either; in some areas, no written documents were available at all. That’s why Baldwin started collecting and archiving important documents that confirmed the material claims and rights of his predecessors. And the good cooperation between the Luxembourgian brothers paid from the start – Henry VII lent his brother much-wanted 40,000 tornesels (Tournois deniers) to lift his financial distress. In 1310, Baldwin began to pay the lease back to Henry’s son John who used the money to strengthen his ruling position in Bohemia. 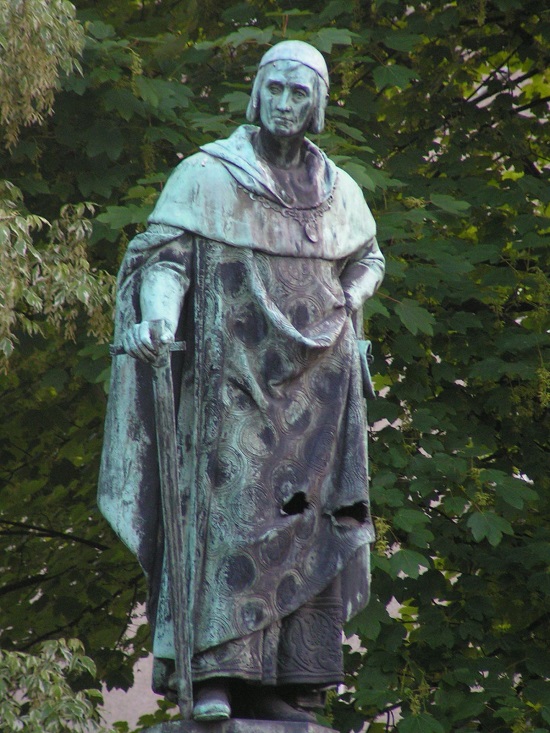 
To some point, Baldwin can be considered the founder of the Trier ecclesiastical state. His successful efforts include, for example, the archiepiscopate castles. In the start of his office, Baldwin could only use about twenty of them, near Trier and Koblenz. Gradually, the vigorous archbishop developed the network of more than ninety castles – in some cases he paid off the lease, or else he had them reconstructed or newly built. The new castles included Balduinstein, Balduinseck or Baldenau, with a new town planned nearby.


Nine months after his installation, Baldwin used his elector’s vote for the first time, during the election of the Roman King in Frankfurt. He voted for his oldest brother, Henry VII, who – though half-blind, and speaking halting German – won the votes of all six electors present, including the Mainz archbishop Peter z Aspelt. Later on, the latter played an important role when Henry negotiated the future of the Kingdom of Bohemia with Bohemian ambassadors.


Baldwin also escorted his imperial brother on his unhappy Roman journey in 1310.  During the quest for the imperial diadem, Baldwin first lost his middle brother Walram of Luxembourg, and a few months later Margaret of Brabant, wife of Henry VII, died in Genua. Henry did make it to Rome and to the improvised imperial coronation, but he never returned from Italy either.


The story of Baldwin’s early life is documented by the collection of important documents called Balduineum (Codex Balduini Trevirensis). It includes, for example, the illustrated manuscript describing the aforementioned unhappy Roman journey of King Henry VII. The manuscript was probably written in the late 1330s or early 1340s. The introduction depicts the main events of 1308–1310, preceding the journey, especially Baldwin’s ordination and Henry’s election, followed by Roman-German coronation. The next part depicts, among other things, the wedding of John of Luxembourg and Elisabeth of Bohemia, i.e. another chapter in Baldwin’s successful diplomacy and wedding policy, for which he laid a firm foundation between 1307 aad 1313.